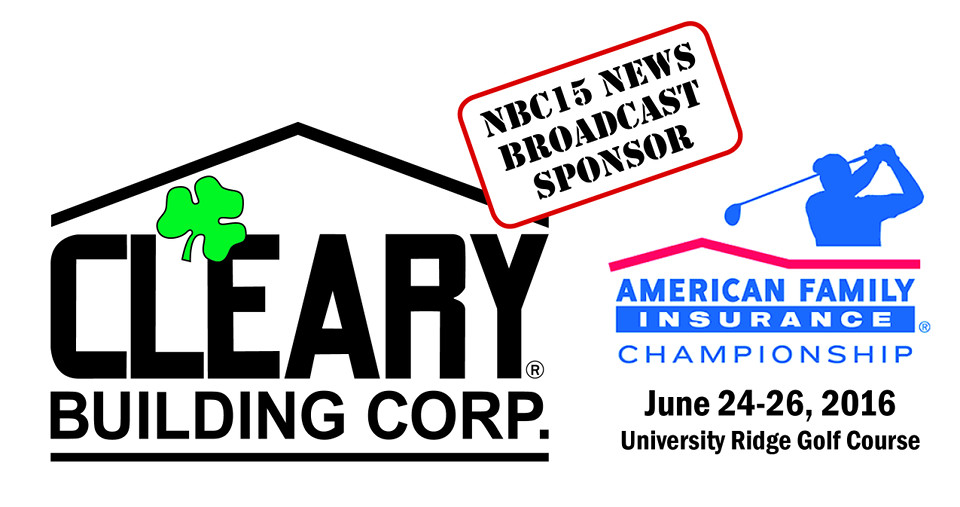 VERNOA, WI – Cleary Building Corp. is proud to announce that it will be the exclusive sponsor of the NBC 15 news broadcast of the inaugural American Family Insurance Championship, which will take place June 24-26 at the University Ridge Golf Course in Madison.  The sponsorship will include multiple Cleary television promos throughout the event, as well as advertising on NBC15.com.

For more information about the event, go to http://amfamchampionship.com/.

VERONA, WI – In appreciation for 40 years of service to Cleary Building Corp., Dennis…

VERONA, WI – In appreciation for 25 years of service to Cleary Building Corp., Steve…