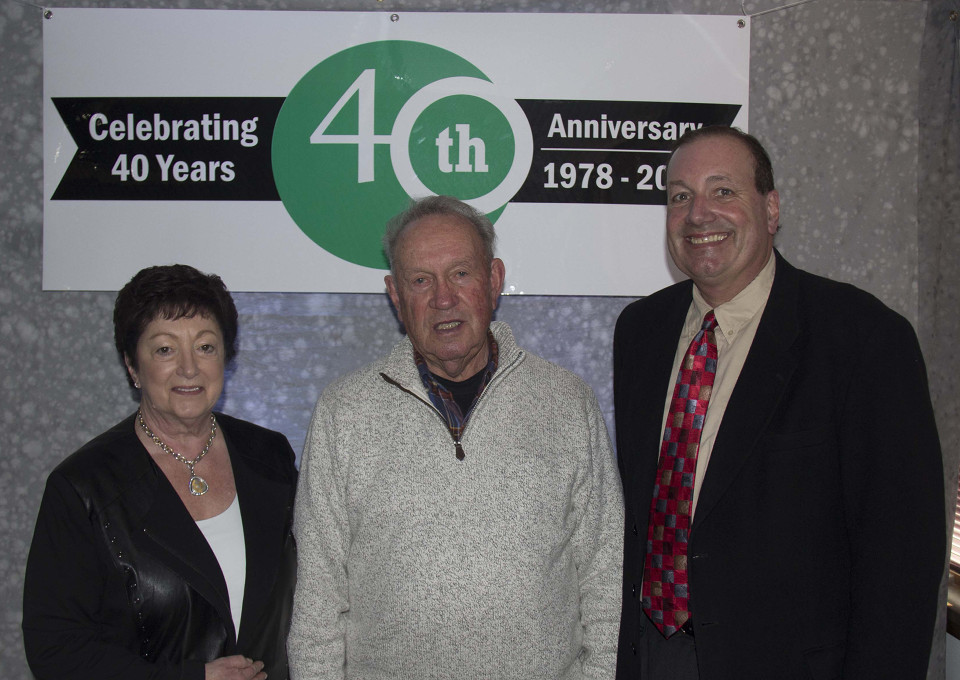 VERONA, WI – Cleary Building Corp., a leading manufacturer of commercial, equine, farm, suburban and residential pre-engineered structures, is proud to announce its 40th anniversary.  The company recently celebrated its 40 years of continued success with an employee appreciation event at its Corporate Worldwide Headquarters in Verona, WI.  At the event, Sean Cleary, Cleary President, and Tom Cleary, Cleary Founder, thanked all Cleary employees for their hard work and dedication to the company.

Since it was founded on February 10, 1978, Cleary has always prided itself on offering Clients high-quality buildings at affordable prices, along with second-to-none personal service.  Cleary’s Corporate World Headquarters and flagship manufacturing plant are located in Verona, WI.  In 1985, Cleary opened its first branch office in Appleton, WI.  Less than one year later, the company broke ground in Illinois, opening an office in both the northern and southern parts of the state, in Sandwich and Breese.  Expansion has continued at a steady pace and today the company’s branches stretch as far east as Warrenton, VA, and as far west as Grants Pass, Oregon.

VERONA, WI – In an effort to foster and support enhanced educational and experiential learning…

VERONA, WI – Cleary Building Corp. is a proud sponsor of the Walk to End Lupus…

VERNOA, WI – Cleary Building Corp., one of the fastest growing companies in their industry,…